Success or Failure, What is the Lesson? 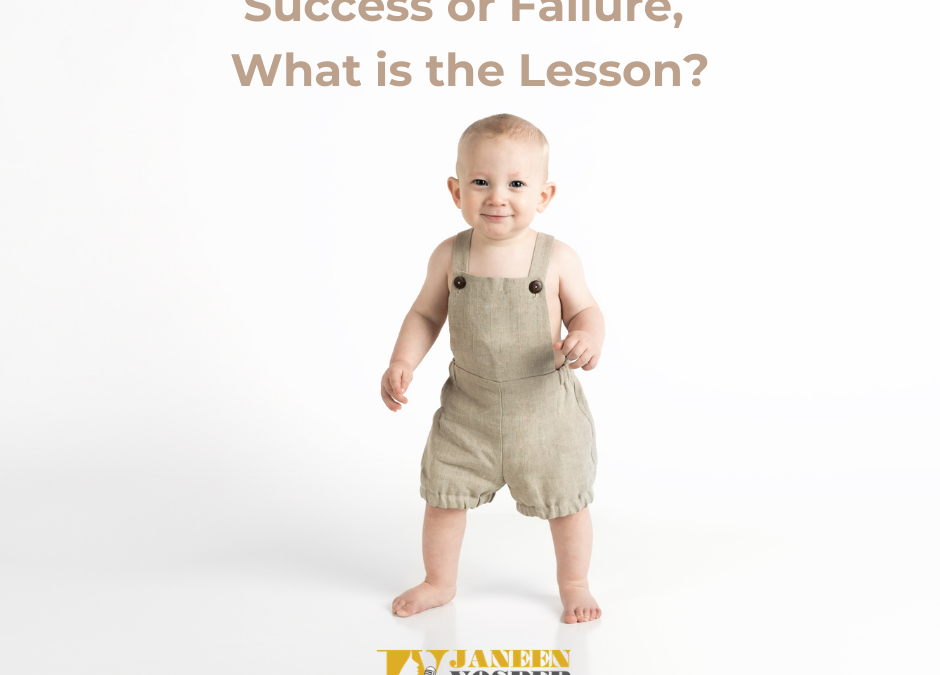 Walt Disney was sacked from the Kansas City Star because he lacked imagination and had no good ideas.

One of Stephen King’s most successful books, Carrie, was rejected by 30 publishers.

Oprah Winfrey’s first job in TV ended abruptly after the producer declared she was “unfit for television.”

What was it that inspired these gifted people to ignore the naysayers and persist to become such momentous successes?

There’s a reason “if at first, you don’t succeed, try, try again” and “the only time you really fail is when you stop trying” are such cliches. They are so obviously true.

Even a terrible failure in one field of endeavour might not be a failure at all when seen in the light of other industries. Silly Putty and the Slinky were both failed attempts to fill military needs (for artificial rubber and a naval equipment stabilizer, respectively), but when repurposed as children’s toys, they went on to make millions.

It’s okay to fail if you fail forward. In other words, fail constructively, by learning a lesson; and fail quickly, so you can get up immediately, apply what you’ve learned, and move on.

Don’t hesitate because you’re afraid of looking bad or being humiliated. That’s par for the course. Babies know it. They try again and again just to stand, until they can. They try repeatedly to walk… until they can. Before you know it, they are running. They instinctively know to fail forward. They know failure isn’t permanent.

How can you fail forward?

A quote by Swami Vivekananda “Take risks in your life. If you win, you can lead. If you lose, you can guide.” Either outcome is a win.

By constantly learning we will always be improving and eventually succeed more often than we fail.

We can also learn from other’s mistakes.

This one is often the hardest by far. It is not easy to fail. It is not something we are taught to do. Accepting failure should be a natural path to succeeding.

I encourage you to embrace failing forward and learning from your mistakes.

Success is not a destination but a journey! The road that leads there isn’t an easy one; often it is full of bumps and hurdles. On your way to success, it is inevitable that you will fall many times and it is only natural that occasionally you will even think about giving up.

What is important is not to prevent the fall but to get up every time you fall; scrape the dirt off your knees and then once again start running towards your goal, only this time stronger and more determined than ever!

In the words of Winston Churchill, “Success is not final. Failure is not fatal. It is the courage to continue that counts.”