Why is Public Speaking More Feared than Death? 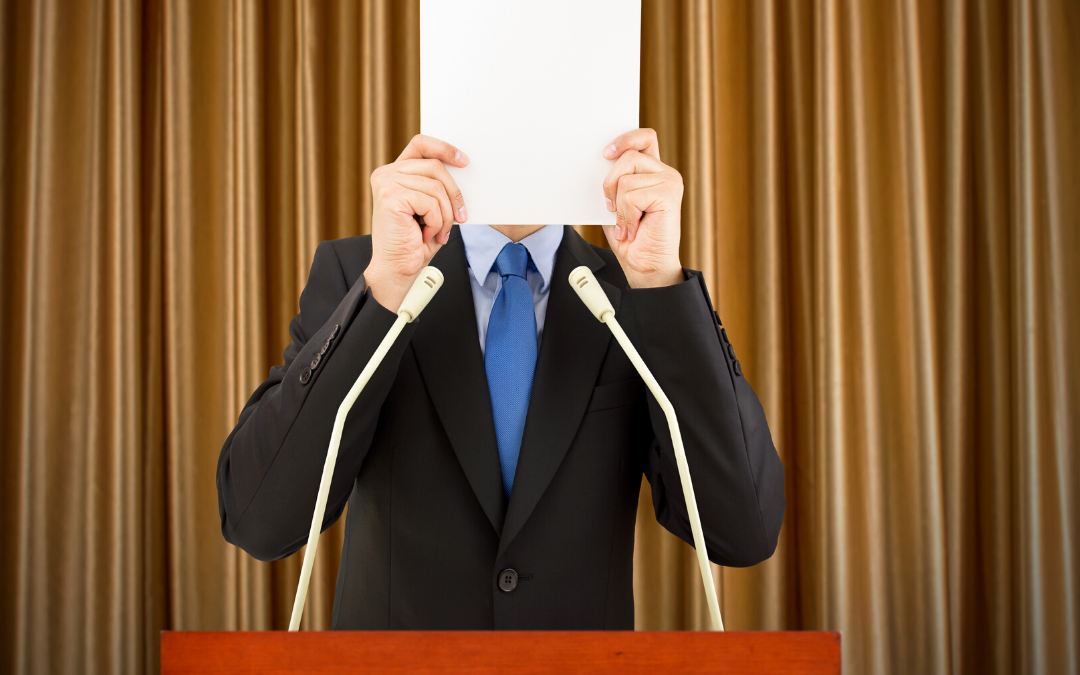 Speaking in public is still one of man’s (and women’s) greatest fears. Surveys even suggest it is feared more than death.  Comedienne, Seinfeld has a line which stresses this and the fact that if these statistics are correct, most people would rather be in the coffin than giving the eulogy.

Seriously though, fear of public speaking or Glossophobia is very real for some people. The aspect of speaking publicly is what triggers the anxiety for the speaker. The speaker may be comfortable if they speak in front of family/friends, but when it comes to speaking in front of a group of complete strangers, their anxiety skyrockets, and vice versa. Most people have a fear of making mistakes or messing up or just being judged in general by their audience.

Often the anxiety that people have of speaking publicly stems from a previous experience that ended with them making a mistake or being judged by their audience or their audience not being as interested in the topic as the speaker thought they would be.

You can read more about how to overcome the fear of public speaking in Mike Mitchell’s book.

Sometimes a lack of self-confidence stems from merely a lack of good speaking experiences. It makes sense that if you haven’t done something before, especially something that has provided you with a positive result and encouraging memory, you aren’t going to feel confident to take action. The fact to remember here though is that by taking action, you will gain more experience and your confidence muscle will grow.

A lack of self-confidence when speaking in public can come from your own feelings of insecurity. When you have little belief in your abilities, you tend not to take chances and allow the imagined fear of public speaking take over.

Confidence comes from choosing a topic you like and researching it well. Friendliness can be conveyed simply by smiling at your audience. Enthusiasm and energy will naturally follow when you enjoy your topic and are well prepared.

When you follow these tips your fear of public speaking will diminish and you will have the confidence to own the stage.

To learn more about upcoming Professional Speaking Training Workshops to become a confident and skilled speaker, click on this link.